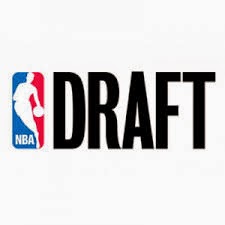 Picks for this mock draft are based on needs/wants.

1) Minnesota Timberwolves: Karl-Anthony Towns, C/PF, Kentucky, 7-0, Fr.
Towns will be a great fit in Minnesota. Wiggins, LaVine and Towns would make for a nice young core to build around, and Towns is easily the best prospect on the board.
Previous Selection: Jahlil Okafor

The Knicks will take whoever drops to them between Towns and Okafor. Either way they end up with an elite big-man prospect who fills a need.
Previous Selection: Karl-Anthony Towns

Philly has needed a PG badly since the M.C.W trade. Russell is a better shooter than Mudiay, who was similar to M.C.W. Russell is the pick.
Previous Selection: D' Angelo Russell

This pick might be a shocker but, Winslow has risen up draft boards after his impressive performance in the NCAA tournament. I've has Mudiay here for a while but with the emergence of Jordan Clarkson, there is really no need for Mudiay anymore.                            Kobe and Julius Randle come back next year. Add Winslow and your one more piece                                   away from having a great starting five.
Previous Selection: Emmanuel Mudiay

5) Orlando Magic: Kristaps Porzingis, PF/C, Latvia, 7-0, 1995
Yes the magic selected a player in Aaron Gordon, last years draft pick who plays a similar position to Porzingis. However Gordon is versatile and can move over to the three spot. Porzingis is a high risk pick, but can reap huge benefits in the future if the coaching           staff can be patient.
Previous Selection: Willie Cauley-Stein

The kings are thrilled to see an elite prospect still on the board, and one that fills a need for their team. Mudiay at #6 is a steal, and he'll add defense to an already impressive group. Mudiay, Gay, Cousins, and McLemore make for an exciting offensive, and defensive starting unit.
Previous Selection: Kristaps Porzingis

The Nuggets could use all the help they can get. They'll take the best player available at this point. That player is Johnson. Johnson is a good two way player that plays hard and actually plays with heart... some of the things the Nuggets lack.
Previous Selection: Stanley Johnson

Something tells me that the Pistons will most likely take Cauley-Stein if he's still on the board. However I think they will be smart enough to talk themselves into taking a pure PF to put next to Drummond, who plays the same position as Cauley-Stein. Lyles can play outside while Drumond plays inside.
Previous Selection: Justise Winslow

Its a broken record. As I've repeated in my previous mock drafts, the Hornets need a starting caliber SG that can space the floor. The ones on their roster are not cutting it. Here is one way to fix that.
Previous Selection: Mario Hezonja

It seems strange that a team that went to the finals just last year is suddenly picking in the lottery. But that's exactly what its been this season for the Heat, strange. They're old on the wing and Loul Deng is not the future at SF. Oubre is still raw but won't have to play heavy minutes right away with this veteran group.
Previous Selection: N/A

Roy Hibbert is a passable starting center, but he's not the player the Pacers thought they were getting when they gave him that huge contract extension a couple of years ago. Cauley-Stein would come right in and challenge Hibbert for the starting spot.
Previous Selection: Devin Booker

The Jazz lost some depth upfront when they traded away a disgruntled Enes Kanter. Looney is one way to reload on depth upfront for the Jazz.
Previous Selection: Kelly Oubre

I've had Turner here for all my mock drafts, but that's because he's a great fit here and it is a real strong class. Turner would be a nice pick and pop Forward that fits the suns offensive style.
Previous Selection: Myles Turner

The thunder don't really have a reliable starting two-guard. Dion Waiters is not a floor spacer and plays better with the ball in his hands, which means he's better suited to come off the bench. Hezonja is the exact opposite. He doesn't need the ball in his hands to score and would open up the lane for both Durant And Westbrook.
Previous Selection: N/A

This pick is from Brooklyn. The Hawks will more than likley be able to match and, bring back DeMarre Carroll. But just in case, here's some insurance.
Previous Selection: Trey Lyles

At this point in the draft you are looking for depth and a potential starter. Kaminsky is both, and he'll provide valuable minutes for this young team year one.
Previous Selection: Jakob Poeltl

After being highly touted coming out of high school, Alexander flopped at Kansas, and was a huge disappointment. However he did show flashes at times and still has some upside. At this point in the draft, just outside the lottery he is worth the gamble.
Previous Selection: Frank Kaminsky

This pick is from New Orleans. The Rockets could use a PF that can produce off the bench. Harrell can fill that role and will play with lots of energy.
Previous Selection: Jerian Grant

The Wizards need some young fresh legs at the PF position. Nene is solid but he will be entering his 13th season next year. Portis is a stretch four who can finish strong at the rim as well.
Previous Selection: Kevon Looney

Wood is a name who has been getting first round buzz after his impressive Sophomore campaign at UNLV. He still has a lot of room to grow and is still a project, but these are the types of players the Raptors have been drafting lately.
Previous Selection: Christian Wood

I've had Jones here for a while and for good reason, the Rajon Rondo experiment seems to be over. The Mavs need to go young at the position, and someone who won't clash with Carlisle. That won't be a problem for the talented young Jones.
Previous Selection: Tyus Jones

D-Rose appears to be his old self ever since coming back from injury for Chicago. But if/when he goes down, the Bulls will need insurance. Grant provides that and, can also play alongside Rose at the two because of his size and shooting ability.
Previous Selection: Kris Dunn

It's not a guarantee that LaMarcus Aldridge will return to the Blazers. In any case, even if he does the Blazers need depth at the PF position. Martin is an energetic athletic big who can play above the rim.
Previous Selection: Cliff Alexander

The Cavs could use another ball handler off the bench to take some of the load off Kyrie Irving. Delon Wright has the height of a SG, and the skills of a PG. This would be a nice pick for the Cavs.
Previous Selection: Bobby Portis

Hunter is a good outside shooter, which is something Memphis needs. He's a mature three year college player who can add some much needed depth for a team whose weak link, seems to be at the SG spot.
Previous Selection: Delon Wright

George De Paula is an interesting prospect. He reminds a lot of Tony Parker. This is exactly why I love this pick for San Antonio. Parker was once the 28th pick in the 2001 draft, and was essentially a steal. That's what I feel De Paula will be, a steal. At this spot in the draft he can learn behind a veteran like Parker, then takeover the reigns.
Previous Selection: R.J. Hunter

This pick is from Houston. The Lakers really need a legit 7 footer at the Center position and I like Johnson's offensive upside. A line-up of Clarkson, Bryant, Winslow, Randle, and Johnson sounds intriguing.
Previous Selection: Dakari Johnson

This pick is from the Clippers. Jefferson makes his first appearance on my mock draft. He's not much of a shooter, but his strength, athleticism, and defense has created some buzz for teams picking in the late first round. Boston could use more athleticism on the wing.
Previous Selection: Sam Dekker

This Pick is from Atlanta. D-Williams just isn't the same player anymore. He doesn't seem interested in playing basketball, and his attitude out on the court has been completely demoralizing considering the amount of money still left on his hefty contract. Don't be surprised to see the Nets looking for someone to push or possibly supplant the incumbent                               Williams.
Previous Selection: George De Paula

At this point in the draft Anderson would be a nice value pick and someone who can come in and provide some solid minutes off the bench for the Warriors with his 3 and D style of play.
Previous Selection: Jarrell Martin