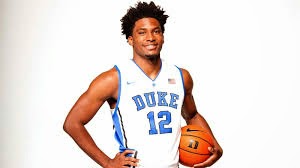 Another lefty, smooth shooting, wing in this draft class, Winslow has some of the same
traits as Micheal Redd. Redd was originally drafted for his defense, and eventually
developed into an all-star scoring machine. Winslow is already a good defender, and solid
scorer that can put up points in bunches.