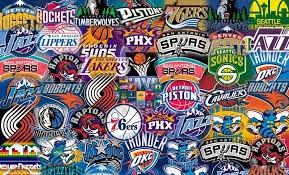 Picks for this mock draft are based on team needs/wants

1)  : Karl-Anthony Towns, C/PF, Kentucky, 7-0, Fr.
This is a no brainer. Towns is the best prospect in the draft and is a great fit in Minnesota with Andrew Wiggins, Zach LaVine, and Andreian Payne.

2) : Jahlil Okafor, C, Duke, 6-11, Fr.
Many draft pundits will point to other prospects such as Russell and Porzingis as having more upside. The Lakers won't care. Okafor is a safe bet to at least be a 16ppg big man who can also rebound. It's hard to find a big man in NBA nowadays with as polished a skill set as Okafor and can also rebound.
Previous Selection: Justise Winslow

3) Philadelphia 76ers: D' Angelo Russell, PG, Ohio State, 6-4, Fr.
Nothings changed here. I had the Sixers taking Russell in my last mock draft and I still do in this one. The Sixers have an abudence of young talent and prospects in their front court and on the wing. They just need someone to run the show at point.
Previous : D' Angelo Russell

4) : Kristaps Porzingis, C, Latvia, 7-0, 1995
After a disastrous season, the Knicks just couldn't catch a break in the draft lottery, and dropped to the # 4 pick. However, there are still potential prospects worth taking with the 4th pick. Porzingis is a high risk, high reward type of pick that can pay off in the long run.
: Jahlil Okafor

5) : Justise Winslow, SF/SG,  Duke, 6-6, Fr.
The Magic just miss out on thier most coveted prospect, Kristaps Porzingis. But, they can still use some help on the wing, and Winslow can defend and put the ball in the hope. He'd be a nice fit in Orlando next to Aaron Gordon, and Victor Oladipo.
Previous Selection : Kristaps Porzingis

6) Sacarmento Kings: Emmanuel Mudiay, PG, China, 6-5, 1996
There have been reports that Mudiay can slide out of top 5 in the 2015 NBA draft. If indeed Mudiay drops in the draft, the Kings will gladly pick him up. Darren Collision is a serviceable back-up, but your team can only go so far with him as your starter. Here's one way to fix that.
Previous Selection: Emmanuel Mudiay

7) : Stanley Johnson, SF, Arizona, 6-7, Fr.
This pick I'm almost sure on, and I believe Johnson at this point in the draft, Johnson is a steal. He's strong, can score, shoot and defend. He also plays hard, which is something this Denver team needs after quitting last season.
Previous Selection: Stanley Johnson

8) Detroit Pistons: Willie Cauley-Stein, C/PF, Kentucky, 7-0, Jr.
It is looking more and more like the Pistons won't be keeping Greg Monroe. If that is the case, the team needs to start looking for his replacement ASAP. Cauley-Stein would be a great fit, and he's too good to drop any further down the board.
Previous Selection: Trey Lyles

9) Charlotte Hornets: Mario Hezonja, SG, Croatia, 6-6, 1995
The Hornets just gave away Lance Stephenson, and are in need of a legitimate starting SG. Hezonja is an intriguing prospect, who can shoot the light out, and is very athletic.
Previous Selection: Devin Booker

10) Miami Heat: Devin Booker, SG, Kentucky, 6-5, Fr.
Dwyane Wade is no longer a spring chicken and has not played 70 games in a season since the 2010-11 NBA Season. Booker is great spot-up shooter who reminiscent of a young Eric Gordon. He'll be solid whether he starts or comes off the bench.
Previous Selection: Kelly Oubre

11) Indiana Pacers: R.J. Hunter, SG, Georgia State, 6-5, Jr.
The first shocker in the draft. Though it would not shock me at all if Hunter is the Pacers pick especially with the run on all the SG's in the top ten. Indiana is in need of SG to play next to Paul Geroge. Hunter is an ideal pick because he's experienced and the NBA "learning curve" will be short, which plays well for a team looking to contend next year.
Previous Selection: Willie Cauley-Stein

12) : Myles Turner, PF/C, Texas, 6-11, Fr.
Turner is a versatile big man that can score, and defend. He can play along side either Rudy Gobert, or Derrick Favors, because if his ability to stretch the floor. After losing Enes Kanter, Turner can come in and add the lost depth.
Previous Selection: Kevon Looney

13) Phoenix Suns: Frank Kaminsky, PF/C, Wisconsin, 7-0, Sr.
The Suns are not truly sold on their former #5 overall pick, Alex Len. That is okay because Kaminsky is an experienced, College Senior, skilled big man scorer, who can contribute right away in place of or next to Len.
Previous Selection: Myles Turner

14) OKC Thunder: Rashad Vaughn, SG, UNLV, 6-5, Fr.
Another pick that might surprise people. What can I say shooting is the new coveted skill set in the NBA and the Thunder are in need of a potential starter at SG who can spread the floor and open up the lane for Mr. K.D. and Westbrook.
Previous Selection: Mario Hezonja

15) Atlanta Hawks: Sam Dekker, SF, Wisconsin, 6-9, Jr.
This pick is from Brooklyn. Demarre Carroll is coming off an injury he sustained in the playoffs. He is also a free agent, and the Hawks needs depth on the wing. Dekker is good fit here.
Previous Selection: Sam Dekker

16) Boston Celtics: Kelly Oubre, SF, Kansas, 6-7, Fr.
The Celtics could use some young depth on the wing. Gerald Wallace won't be around very long and the Celtics could use a wing-man of the future. Oubre is still raw, but has a ton of upside and potential. He's too good of prospect to fall any further.
Previous Selection: Frank Kaminsky

17) Milwaukee Bucks: Bobby Portis, PF, Arkansas, 6-10, Soph.
Portis can stretch the floor and score down low. He projects as a solid role player at the next level, and the Bucks could use his ability to stretch the floor, to open up more driving lanes for their athletic young wings.
Previous Selection: Cliff Alexander

18) Houston Rockets: Cameron Payne, PG, Murray State, 6-2, Soph.
This Pick is from New Orleans. A lot of mock drafts, and scouts have Payne as a lottery pick. He could very well go in the late lottery. However, the teams picking before Houston after Russell, and Mudiay, I believe won't be taking a PG. The Rockets could use some depth at PG after Beverley was injured, and missed the playoffs last year.
Previous Selection: Montrezl Harrell

19) Washington Wizards: Trey Lyles, PF, Arkansas, 6-10, Soph.
It is well Known that the Wizards need some young fresh legs at the PF position. Nene is solid but he will be entering his 13th season next year. Lyles can stretch the floor with his mid-range.
Previous Selection: Bobby Portis

20) Toronto Raptors: Christian Wood, PF, UNLV, 6-11, Soph.
Wood is a name who has been getting first round buzz after his impressive Sophomore campaign at UNLV. He still has a lot of room to grow and is still a project, but these are the types of players the Raptors have been drafting lately.
Previous Selection: Christian Wood

21) Dallas Mavericks: Tyus Jones, PG, Duke, 6-1, Fr.
I've had Jones here for a while and for good reason, the Rajon Rondo experiment is over. The Mavs need to go young at the position, and someone who won't clash with Carlisle. That won't be a problem for the talented young Jones.
Previous Selection: Tyus Jones

22) Chicago Bulls: Jerian Grant, PG, Notre Dame, 6-5, Sr.
D-Rose appears to be his old self ever since coming back from injury for Chicago. But if/when he goes down, the Bulls will need insurance. Grant provides that and, can also play alongside Rose at the two because of his size and shooting ability.
Previous Selection: Jerian Grant

23) Portland Trailblazers: Kevon Looney, PF, UCLA, 6-9, Fr.
The Blazers could use some depth at the PF Position. Especially since LaMarcus Aldridge is a free agent, and there is a possibility of him leaving.
Previous Selection: Jarell Martin

25) Memphis Grizzlies: Delon Wright, PG, Utah, 6-5, Sr.
Wright will provide some much needed depth and insurance just in case Mike Conley gets hurt. He can also help take some of the minutes load off Conley, and even play next to Conley in certain situations in a game.
Previous Selection: R.J. Hunter

27) Los Angeles Lakers: Rondae Hollis-Jefferson, SF, Arizona, 6-7, Soph.
Jefferson is a terrific athlete and defender. He plays hard, and with a lot of energy. If he can ever develop some offense or a jump-shot, he will be a steal in this point in the draft.
Previous Selection: Dakari Johnson

28) Boston Celtics: Montrezl Harrell, PF, Louisville, 6-8, Jr.
This pick is from the Clippers. With their 2nd first round pick the Celtics will look for some energetic depth. Montrezl Harrell fits the description and plays hard.
Previous Selection: Rondae Hollis-Jefferson

29) Brooklyn Nets: Cliff Alexander, PF, Kansas, 6-9, Fr.
There are reports that Alexander could slip into the second round. However, I still think there is some upside to him, and some team in the late first round will take him.
Previous Selection: Kris Dunn