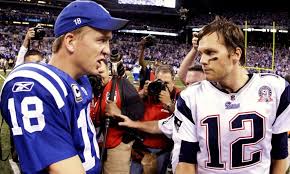 The 2000's was a glorious time for NFL Quarterbacks. Teams were starting to throw the ball down the field more and the emergence of one the greatest Quarterbacks of All-time came to pass (pun intended), Tom Brady. Brady won 3 Super-Bowls in the decade, and 2 Super-Bowl MVPs, but is that good enough to be number 1 on the list of best Quarterbacks of the 2000's?

Lets get into it! 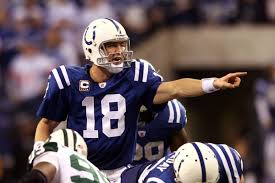 1) Peyton Manning: Colts-
Stats for the Decade: 115-45 QB Record, 65.9 Cmp.%, 314 TD, 138 INT, 98.2 Rate, 42,254 Passing Yards
Accomplishments for the Decade: 9x Pro-Bowler, 5x All-Pro, 4x MVP, Super-Bowl Champion, 1x Super-Bowl MVP, 1x Offensive Player of the Year
The Breakdown:
Yes. Tom Brady won more Super-Bowls during the 2000's, but ultimately Manning no doubt had the better overall numbers and individual accomplishments. He threw for nearly 100 more Touchdowns than Brady as well. Peyton was the reason the Indianapolis Colts were a relevant Franchise. Under his leadership, the Franchise only missed the playoffs once and every year besides that year the team won at least 10 games. That's dominance. He was the most dominant player of the decade. He was a winner, a master of the No-huddle offense, had the best stats, the wins, and 2 Super-Bowl appearances and one win to put him at the top of this list. 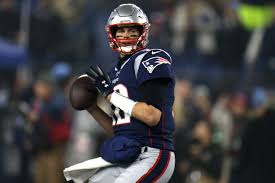 2) Tom Brady: New England Patriots-
Stats for the Decade: 97-30 QB Record, 63.3 Cmp.%, 225 TD, 99 INT, 93.3 Rate, 30,844 Passing Yards
Accomplishments for the Decade: 5x Pro-Bowler, 1x All-Pro, 1x MVP, 1x Offensive Player of the Year, 1x Comeback Player of the Year, 3x Super-Bowl Champion, 2x Super-Bowl MVP
The Breakdown:
The story of Tom Brady is stuff of legend. A 6th round Draft pick who expected to go in the 2nd-3rd round of the 2000 NFL Draft and not guaranteed a roster spot. Brady was red-shirted his first season in the NFL. Brady was called upon in his second season after the Patriots Franchise Quarterback at the time, Drew Bledsoe, took a hard hit from NY Jets Line-backer Mo Lewis that hospitalized him. The rest is history. Brady would go on to win the Super-Bowl for the Patriots and would win 3 in his first 4 seasons as a starter. Although Brady did win 3 Super-Bowls within his first 4 seasons, his numbers really didn't start becoming "elite" until after he won his first 3 Super-Bowls. His coming out party was the historic 2007 season where he threw for a then NFL record 50 touchdown passes. 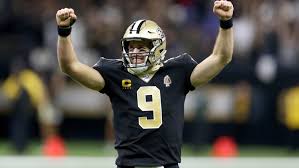 The Breakdown:
Brees definitely got off to a rocky start at the start of the decade. He struggled his first two seasons as the starter in 2002 and 2003, so the Chargers traded for his replacement Philip Rivers, the 4th Overall Pick of the 2004 NFL Draft. I guess that lit a fire under Brees as he was able to hold off the high profile rookie Quarterback and go on to have the best season of his young Career. After another season holding off Rivers on the bench, the Chargers had a Quarterback controversy going into the 2006 NFL season. Luckily for Rivers and unluckily for Brees, a shoulder injury and contract disputes with the Chargers caused Brees to sign a 6 year $60 Million contract with the Saints instead in 2006. The rest is history. Brees would go onto win a Super-Bowl with the Saints, and break multiple Franchise records during the 2000s. 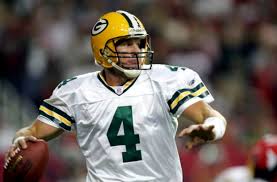 The Breakdown:
Favres' dominance as an elite Quarterback was more prevalent in the 90's where he won 3 straight MVP's and made 2 Super-Bowls, winning one. However, Favres' star rise didn't fade in the 2000s and he was still able to make deep Playoff runs for the Packers while putting up great numbers. His best season ironically wasn't with the Packers, it was with their in-division rival, the Minnesota Vikings where he threw for 33 Touchdowns, a career low 7 interceptions, and posted a career high 107.2 Passer Rating. 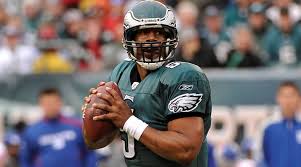 The Breakdown:
One of the more controversial Quarterbacks on this list, McNabb was always criticized for not being able to win the "big game" for the Eagles. McNabb also had the infamous Terrell Owens beef. He did win 9 Playoff games in the decade though and was an exciting QB to watch. A smart Quarterback who didn't throw many interceptions and was a great dual threat Quarterback that could hurt you with his legs. 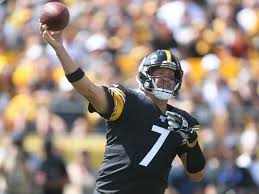 6) Ben Roethlisberger: Pittsburgh Steelers-
Stats for the Decade: 60-26 QB Record, 63.3 Cmp.%, 127 TD, 81 INT, 91.7 Rate, 19,302 Passing Yards
Accomplishments for the Decade: 2004 Offensive Rookie of the Year, 2004 All Rookie Team, 1x Pro-Bowler, 2x Super-Bowl Champion
The Breakdown:
There's no denying that Roethlisberger belongs on this list. Especially because of the two Super-Bowls that he won in the decade. He also put up some solid numbers and was a winner. However I believe a lot of his success was highly overrated. He posted the worst Super-Bowl Passer Rating for the winning Quarterback and he's never won the Super-Bowl MVP award, even though the award usually goes to the winning Quarterback. That's very telling. That suggests that Roethlisberger was a huge reason for why the Steelers won games. However it was never "his" team and he was never the leader nor the main reason as to why they won championships. He's a winner though, and belongs on this list. 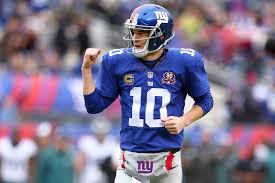 The Breakdown:
Playing in the shadow of an NFL Icon like Peyton Manning is never easy, but Eli Manning was able to make a name for himself in his own right during the 2000's under the tough microscope of the New York City lights. Eli had a rough start to his Career. Going into his 4th season, Eli had yet to win a playoff game, and his inconsistency, and interceptions were making New York Giants fans grow tired of the young signal caller. In his 4th season, the interceptions and inconsistency were still there, but once the 2008 playoffs started, the Legend of "playoff Eli" began and Manning helped carry the Giants to perhaps the biggest upset in NFL history by defeating the Undefeated New England Patriots in Super-Bowl 42. The rest is history. Manning came into his own, made his first Pro-Bowl in 2008 and established himself as one the "elite" Franchise Quarterbacks in the NFL. 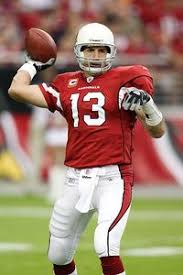 8) Kurt Warner: St. Louis Rams, New York Giants & Arizona Cardinals-
Stats for the Decade: 54-46 QB Record, 65.6 Cmp.%, 167 TD, 115 INT, 91.7 Rate, 27,952 Passing Yards
Accomplishments for the Decade: 3x Pro-Bowler, 1x All-Pro, 2x MVP, 1x Walter Payton Man of the Year
The Breakdown:
Warner's placement here might seem odd and a bit too low, but people seem to forget that the man lost his starting job twice during the decade and played for three different teams. He struggled during the end of his run with the Rams. He was benched for the man ahead of him on this list, Eli Manning during his time with the New York Giants. He then signed with the Cardinals and was able to revitalize his career and helping them get to the Super-Bowl. Warner was able to capture an MVP award and solidified himself as a Hall-of-Famer. 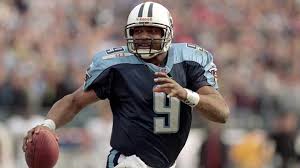 9) Steve McNair: Tennessee Titans & Baltimore Ravens:
Stats for the Decade: 62-42 QB Record, 62.0 Cmp.%, 124 TD, 83 INT, 85.0 Rate, 21,466 Passing Yards, 1813 Rushing Yards, 12 Rushing TDs
Accomplishments for the Decade: 3x Pro-Bowler, 1x MVP
The Breakdown:
McNair and the Titans were inches away from winning a Super-Bowl during the 1999 season. That successful 1999 season laid the ground work for what was to come for McNair during the 2000's. He was a fun to watch dual-threat Quarterback, and a winner. His best season came in 2003 where he was the Co-MVP with Peyton Manning. Rest In Peace to one of the great talents of the decade. 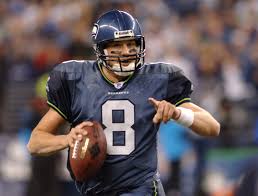 10) Matt Hasselbeck: Green Bay Packers & Seattle Seahawks:
Stats for the Decade: 63-54 QB Record, 60.2 Cmp.%, 163 TD, 111 INT, 83.3 Rate, 26,537 Passing Yards
Accomplishments for the Decade: 3x Pro-Bowler
The Breakdown:
There was nothing glamorous about Hasselbeck's game. He just got the job done and was a very smart and accurate Quarterback. He helped the Seahawks get to the Super-Bowl during the 2005 season where they ultimately fell to the Pittsburgh Steelers. His best years with the Seahawks were from 2002-2007 when he had an average Passer Rating of 88 which is great for the time. Hasselbeck is in many ways underrated because of the Hall-of-Fame talent ahead of him on this list, but make no mistake about it, Hasselbeck held his own and was one of the best non-Hall-of-Fame Quarterbacks of the 2000's.


Quarterbacks that just missed the cut: 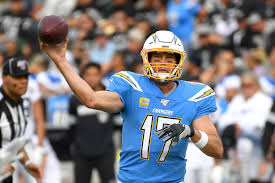 Philip Rivers: San Diego Chargers-
Much like the rest of the players who missed the cut on this list, the only thing keeping Rivers off, is the fact that he started the decade off late. Rivers first full season came in 2006. Now his four years in the decade were really good but I cannot put him over guys that played the full decade. Rivers did throw for an impressive 105 Touchdowns to only 44 interceptions, but could never get over the hump in the post-season despite having tons of talent around him. 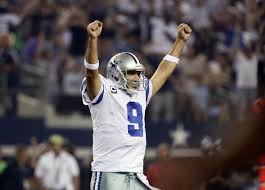 Tony Romo: Dallas Cowboys-
Much like Rivers, Romo had a lot of individual success but very little team success. In fact Romo's lack of playoff success playing on "Americas Team" became a punchline. Still Romo was a very good Quarterback that put up elite numbers, was very accurate, could make plays throwing on the run, and made a lot of risky throws. He was a Brett Favre lite. Exciting to watch. 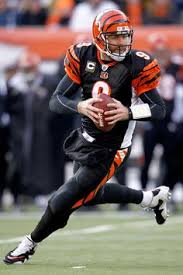 Carson Palmer: Cincinnati Bengals-
If it weren't for injuries, Palmer very well could of easily made this list. In fact, it was a close call between him and Hasselbeck. Ultimately I went with Hasselbeck because he took his teams' further. Palmer though was considered an elite top 5 Quarterback at the start of the Decade but fell off after his injury in the first of the 2006 playoff against Pittsburgh where he injured his knee. He threw for 128 touchdowns in the decade but wasn't able to win a playoff game. 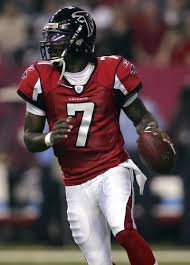 Michael Vick: Atlanta Falcons & Philadelphia Eagles-
If you grew up in the 2000's as a NFL fan, I don't need to tell you why it was hard to keep Vick off this list. I also don't need to tell you why he's not on this list, but fine if you do just read this. Vick was a transcendent talent and a real life video game character. The legend of Madden 2004 Vick was the peak of Vick's popularity. One of the hardest snubs for this list. The first and only Quarterback ever to rush for 1000 yards in a season. Vick was a great talent. 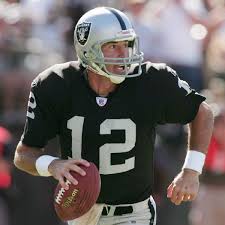 Rich Gannon: Oakland Raiders-
Gannon had a great late career resurgence and achieved the peak of his NFL career's success. He was able to win an MVP in 2002 and was able to help the Raiders get to the Super-Bowl where they ultimately fell to the Buccaneers. Still, Gannon had only three years of great work so there's no way I was putting him ahead of any of the other guys that made the list. 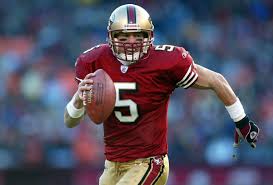 Jeff Garcia: San Francisco 49ers, Cleveland Browns, Detroit Lions, Philadelphia Eagles, & Tampa Bay Buccaneers-
Garcia had some really good seasons with the 49er's when he had lots of talent around him but ultimately proved to be a solid starting journeyman Quarterback that was a good bridge until you found a true Franchise changing Quarterback. That's not a knock on Garcia. He's one of the more successful journeyman Quarterbacks of recent memory but he did not belong on this list. He does get an honorable mention though, because of his longevity, durability, and solid numbers.